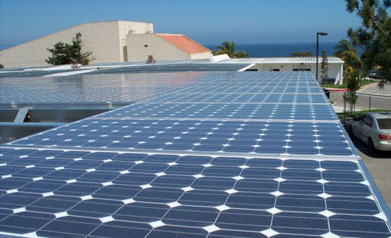 SANTA BARBARA, Calif. — As a result of a number of ongoing campus-wide projects, Santa Barbara City College reports reduced energy consumption has saved the school $650,000 over the past year.
The college has seen a reduction of energy use by 3.6 million kilowatt hours and 25,000 therms, school officials said.
“Through these projects, we are serving as an example to the community that conservation is a viable energy strategy,” said Julie Hendricks, SBCC director of facilities and campus development.
The campus-wide projects include photovoltaic panels atop carports on the school’s West Campus and new energy-efficient stadium lights at La Playa Stadium, which alone has saved the college more than $100,000. The photovoltaic arrays covers three rows of parking spaces in the parking lot.
The stadium lights were replaced after issues with the old system, which school officials say presented a good opportunity to make them more energy efficient.
The stadium lights are now automatic with security lights on from 5:45 a.m. to dawn and sunset to 10:15 p.m.  The game lights are only on when games and classes are in progress, which ensures less energy consumption. 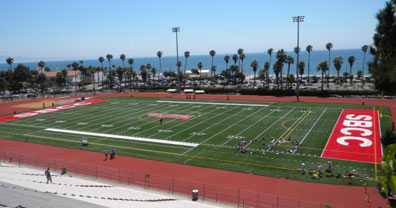