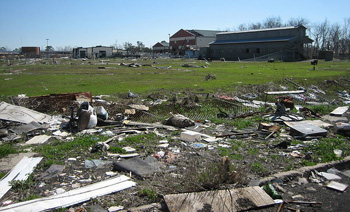 NEW ORLEANS — The Recovery School District continues to rebuild education in New Orleans as it renews its three-year contract with Jacobs Engineering and Baton Rouge, La.-headquartered CSRS, to oversee the construction and renovation of public schools.

The approximately $23 million contract will charge the partnership with overseeing the $1.8 billion master plan, funded by FEMA, for the community. Since funding began for the revitalization efforts, there have been six new elementary schools constructed and three elementary schools have undergone significant renovations. But there is still an enormous need for more facilities, according to Lona Edwards Hankins, executive director of major capital projects.

“We are still recovering from the damage that occurred in the aftermath of Hurricane Katrina, many of these were built before WWII,” she said. “We have many buildings operating that were built between 1920 and 1940 and at least one that is over 160 years old.”

When Hurricane Katrina hit New Orleans in the summer of 2005, approximately 110 of the 126 schools in the city were either completely destroyed or severely damaged. The master plan, a joint effort between the Recovery School District and the Orleans Parish School board, aims to bring thriving schools to the wounded city and change the educational climate in New Orleans.

“A program of this size and complexity has multiple challenges,” Hankins said. “The largest one we have is balancing the demand by the community to quickly deliver these schools and to keep cost under control, to ensure that we are not competing against ourselves for good general contractors in a market that had minimal construction occurring prior to Katrina.”

The Jacobs/CSRS partnership will provide project and construction management, including Disaster Recovery Services which administer funding reimbursements from FEMA and the Community Development Block Grant. The Orleans Parish School board also holds a contract with Jacobs/CSRS of about $8 million.

Of the 10 firms that applied for the contract, Skanska, headquartered in Sweden, and Vanir Heery, comprised of Sacramento, Calif.-headquarterd Vanir Construction Management Inc. and Heery International, with offices in New Orleans, were also finalists that interviewed with the five-seat selection committee. This will be the third time the district renews its contract with the Jacobs/CSRS partnership, which has been managing projects of the master plan since 2007.

“This was done after a highly competitive process where eight firms were scored,” Hankins said. “The selection committee felt they were best suited to complete the final phase of the adopted School Facilities Master Plan for Orleans Parish.”

The master plan is updated every two years in order to accommodate any changes in population. The next update is due this July. However, officials are hoping this will be the final contract needed in order to bring a transformed school system to the city by 2016 with 80 new buildings.

“We are accommodating the trends in education to move toward blended learning, wireless access and electronic white boards,” Hankins said.

Little Woods, Colton and Frantz Elementary schools will be opening this summer while Drew Elementary, Sophie B Wright High School and McDonogh 42 are undergoing renovations. Eight new schools in the district will also be in construction this year and seven schools are currently in the design phase.