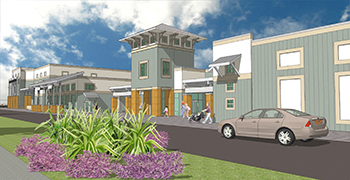 WINTER GARDEN, Fla. — In an attempt to relieve overcrowding at West Orange High School, located in Winter Garden, the district will construct a new relief high school designed by SchenkelShultz Architecture of Orlando.

The new West Orange Relief High School has a construction budget of approximately $70 million, and will be located in the a 17-acre site within the West Windermere Rural Settlement. The 385,000-square-foot prototype school will be able to accommodate nearly 2,800 students upon completion.

Although the facility is much needed, gaining approval from the Orange County Commissioners has proven to be both a lengthy and challenging process. The commissioners initially denied plans for the relief high school two years ago due to potential issues regarding traffic and noise.

However, commissioners, residents and school proponents were able to reach a compromise, ensuring restrictions on school signage, bleachers and portable classrooms. Noise restrictions will also require that band practice end no later than 8 p.m., and both a wall and tree buffer zone will serve as added mufflers. The school’s sports stadium will also be located off-site in a shared recreation complex to avoid further noise and lighting impacts on nearby residents.

“Good planning and good zoning is all about giving people some reasonable expectation as to what is going to happen around them. …Unfortunately, by the time we got to this point, we didn’t have any other options as a board,” Orange County Mayor Teresa Jacobs told News 13.

The relief high school is scheduled for both completion and opening in 2017. The district will begin drafting a redistricting plan in 2016.

Also suffering from overcrowding, Orange County’s Avalon Park Middle School in east Orlando’s Avalon Park community now has a population of 1,800 students, though it was originally built for a maximum of 970. In an effort to ease overcrowding, the Orange County School Board voted on June 9 to purchase 12 acres of land to add to the school’s existing 16.7-acre site. Here, the school board hopes to build an additional, nearly $40 million relief middle school.