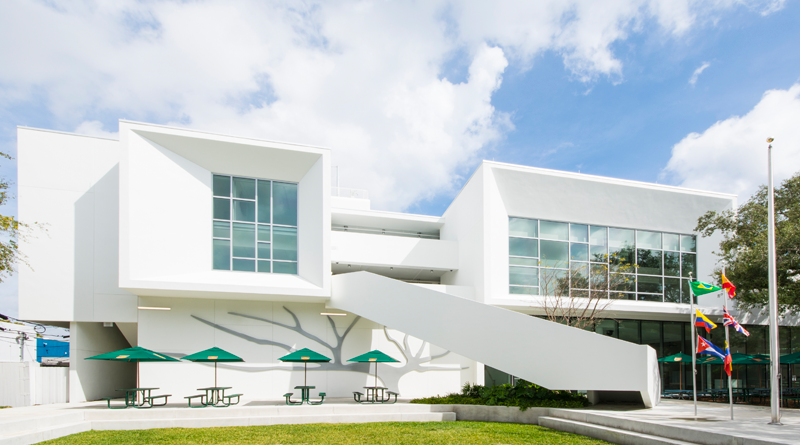 MIAMI—International development and construction firm Skanska has completed work on the Arts and Innovation Center building for St. Stephen’s Episcopal Day School, located in the Coconut Grove section of Miami.

The project entailed work on educational space that will increase the school’s ability to teach more courses in the sciences, arts, math and even technology. The project was designed by recognized architecture firm Perkins + Will.

The builder fashioned gathering rooms, classrooms and various breakout rooms for the 23,000-square-foot Arts and Innovation Center.  The project also entailed adding an open-air stage for performances as well as upgrades to the school’s parking lot and landscaping.

In addition to the renovation of the existing structure, Skanska also provided construction management for the necessary demolition of two structures previously at the site that needed to come down.  Skanska worked closely with school personnel to ensure that the disruptions to classes would be kept to an absolute minimum.  In addition, safety barriers were maintained in case students were perhaps tempted to wander onto the jobsite.

“Not only was the project site situated directly in the middle of the school’s campus, but it also remained fully operational, with the project team attempting to cause as little disruption as possible for the day-to-day activities of students, faculty, and staff,” said Frank Longo, vice president and project executive for Skanska USA.

Michael C. Brown, executive vice president and general manager for Skanska Florida building operations, added that the additions and renovations to St. Stephen will allow students to learn in an updated environment as the notion of what schooling is has continued to evolve, especially in the era of covid-19.

“With a focus on Science, Technology, Engineering, the Arts, and Mathematics, or STEAM, educational programs, the school is preparing students for a bright academic future,” said Brown.  “At Skanska, we’re proud of our role in bringing this project to life that will help foster the next generation.”

Another phase to the project, currently on hold, will involve the school’s 3,700-square-foot Ministry Building, where plans are to build out administrative space, storage areas, classrooms, a kitchen and a reception area.

Though headquartered in Stockholm, Sweden, Skanska’s American operations, based in New York, entail a significant presence in the South Florida area.  Other current educational projects in the region for Skanska include the University of Miami’s Knight Recital Hall and its Frost Institute of Chemistry and Molecular Science in Coral Gables.