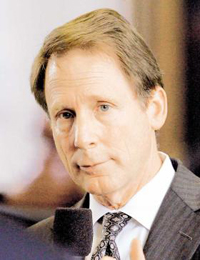 AUSTIN, Texas — Despite a history of avoiding raising taxes, members of the Texas legislature have recently found themselves discussing various options to increase education funding.

The Lone Star state prides itself on a small government philosophy including a legislature that only holds court once every two years, and only for 140 days per year when in session. The state has also achieved a reputation for limited regulations, a business friendly environment, and very low overall tax rates.

Though Texas has a relatively high sales tax, its lack of a personal income tax leads most experts to label it as one of the states with the smallest average tax burden. CNN Money listed Texas as number 43 in terms of overall tax burden in 2009, and the Milwaukee Wisconsin Journal Sentinel used census data in a 2010 article to determine Texas was ranked 44th in overall tax burden.

Despite this clear affinity for low taxes, a republican senator in the Texas legislature recently submitted an argument calling for the state to institute statewide property taxes to stabilize education funding. Senator Robert Duncan was essentially reiterating an argument he made in the previous year’s session, with very little positive feedback at the time, but he has received a little more interest in his second attempt. Although it seems unlikely anyone will be predicting massive tax increases in Texas anytime soon, the fact that a discussion is occurring on the topic represents a certain level of change already.

The Amarillo Globe-News quoted Duncan as saying, “The biggest problem we have with the current system is the volatility because we have 1,063 districts taxing at different rates.”

It seem pretty unlikely that the type of change Duncan wants could occur anytime soon, as it would require an amendment to the state constitution. This means two-thirds of the legislature would have to support the move, before sending the proposal to state voters.

Despite the hurdles facing Duncan’s proposal, it seems likely that something in Texas will change. The state is currently facing several major lawsuits related to school funding, one of which will come to trial on October 22. The lawsuit is led by eight of the state’s largest school districts, along with 76 of the smaller education systems. Regardless of the outcome of the lawsuits in the courtroom, they will probably lead to some level of change.

While Duncan’s proposal got almost nowhere in his first attempt, republican Senator Florence Shapiro, co-chair of the Joint Committee on Public School Finance System, agreed to schedule a discussion on the topic for the committee’s session next year (committees meet more often than the full legislature, meaning there won’t be a two year delay).

Though Duncan’s solution seems to be a long shot in Texas, it’s worth noting that the committee discussed other possible options for improving the stability of education funding. Former republican representative Talmadge Heflin’s suggestion of a statewide sales tax increase appeared to be more palatable to some legislators. Heflin proposed the idea in 2003, when the state faced a $10 billion shortfall. He proposed a total of 11 percent sales tax, with a large portion marked for education funding. Texas sales tax is currently at 6.25 percent on the state level, with local jurisdictions adding up to two percent, for a total maximum of 8.25 percent. “We realize that is a big step to take, but if you boil it down to school finance, it would simplify school funding,” Heflin told the Globe-News.

Though nothing has happened yet, and it will probably be another year before this debate even gets out of committee, it seems the earth has already moved beneath our feet. Republican legislators in Texas are having a debate, not about whether they should increase taxes on a state level for education funding, but about how they should do it.