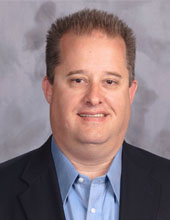 Quintron Systems Inc., a leader in advanced interoperable voice systems and physical access control/intrusion detection systems, announced the promotion of James St. Pierre to the position of vice president of sales and marketing of the Security Systems Division. St. Pierre joined Quintron in June 2013 as director of sales and marketing. In his new role, St. Pierre will continue to be responsible for the expansion of the sales, sales engineering and sales operations. Before joining Quintron, St. Pierre was director of sales for Monitor Dynamics, prior to which he was director of OEM sales for PCSC, a global manufacturer of access control products. He also served as vice president of sales for Mercury Security Company.