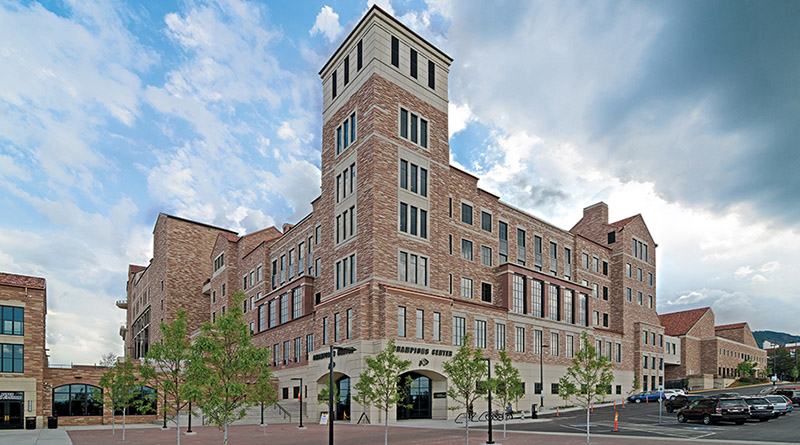 BOULDER, Colo. — When the University of Colorado Boulder (CU Boulder) joined the Pac-12 conference in 2011, a push to enhance the iconic Folsom Field stadium, improve the layout and efficiency of athletic facilities, and provide top quality training, academic, event and office spaces began to build steam. In 2014, CU Boulder embarked on an ambitious $177 million plan to accomplish each of these goals in just 18 months.

After only three months of intense design work on the part of M.A. Mortenson, the project’s Denver-based design-build firm, and Kansas City-based architect Populous, construction was underway by June 2014. The bulk of the sweeping and transformational capital construction project wrapped up on schedule in January 2016.

Campus officials sought modern upgrades to the 1920s-era stadium as well as the addition of new premium seats — and requested all stadium renovations be completed in a span of roughly three and a half months. Crews worked quickly to demolish existing seating in the stadium’s northeast corner, replacing it with 550 club seats with bar tops — featuring locally sourced granite — and 40 loge boxes. Construction dust settled on the seating areas just in time for the 2015-2016 football season.

Even before improvements to Folsom Field were complete, work was already well underway on a new six-story, 212,000-square-foot facility connected to the stadium’s northeast corner. The state-of-the-art Champions Center now serves as the new home of CU Football and many Olympic sport coaches and the athletic administrators. The facility celebrated its topping out in March 2015, and opened for business in August 2015.

The Champions Center’s first level features a new ticketing office and Buffs Store as well as key football program training and support spaces. The top-of-the-line football locker rooms and training suite in particular rival some professional facilities. For example, as part of their training regimen, student-athletes can take advantage of five different hot and cold pools aimed at boosting regeneration and recovery as well as cutting edge training equipment such as anti-gravity Alter G treadmills.

Team meeting rooms — both large and small — are located on center’s third level, including a large theater-style room complete with full sound, computer and display monitor systems. Administrative offices, including those of the athletic director and head football coach, are located throughout the fourth and fifth floors.

Only special ticket holders can take advantage of the facility’s sixth-level rooftop terrace and enclosed bar, referred to as the Champions Club.

Franklin Field, a new 106,000-square-foot outdoor grass practice field, is located to the east of Folsom Field and runs alongside the newly established Buff Walk, a broad promenade that leads to the new Grand Stair.A new 108,000-square-foot indoor practice facility is located directly north of Franklin Field, and the two spaces are connected via a sliding door should coaches need to move back and forth. This facility serves all sports programs and the six-lane, 300-meter Olympic track allows CU to host sanctioned track and field events. The roof, which reaches 90 feet at its apex to allow for indoor punting practice, also houses 2,604 solar panels. The panels together create approximately 1,200 megawatts of energy annually, which could help the facility achieve its targeted LEED Platinum certification.

A new weight room used primarily by the football program connects the indoor practice facility to the first level of the adjacent Champions Center to the west. At 11,285 square feet, the new space is roughly twice the size of the Dal Ward Athletic Center weight room.

Read more about this project in the September/October issue of School Construction News, now available.