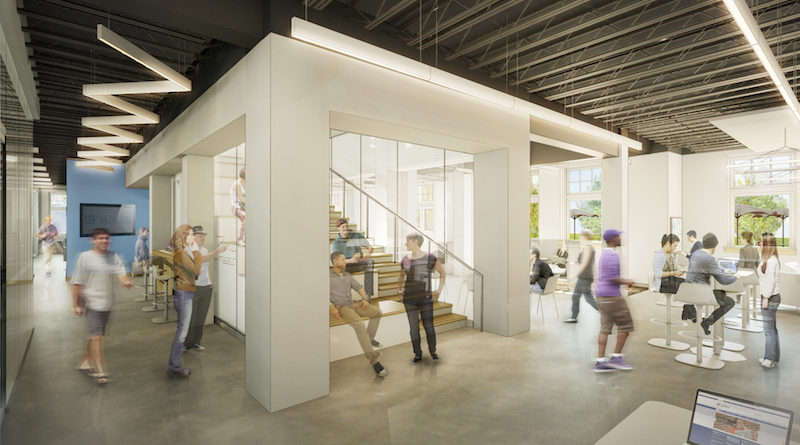 The state of Hawaii asked QKA to evaluate and analyze elementary schools in Honolulu to identify and recommend strategies for reducing overheating and increasing student comfort. Photo Credit (all): University of Florida

GAINESVILLE, Fla. — The University of Florida (UF) in Gainesville earned LEED Gold certification on Aug. 21 for Newell Hall for its efforts in sustainability for the newly renovated facility. The remodeled building opened on April 20 after close to two years of renovations.

Schenkel Shultz in Orlando, Fla., was the architect on the project, with Robert A.M. Stern Architects out of New York as the associate architect. AJAX Building Corp. out of Tallahassee, Fla., was the construction manager on the project. Design on the building began in February of 2015, with construction starting nine months later in November. The project had a budget of $19 million for the 36,000-square-foot building.

The goals of the renovation and repurposing of Newell Hall — originally built in 1910 — were to create a unique and modern 24/7 “Learning Commons” to support student learning and collaboration outside the classroom. From an operational standpoint, the primary goal was to repair and restore the building’s structure and exterior envelope, while adding a modern and energy-efficient central HVAC system.

The greenest feature of all that enabled the building to achieve LEED Gold status for Newell Hall “might be the fact that an existing building was repurposed in a way that is both compliant with modern codes, and still respectful of the original [exterior] character,” according to Dustin Stephany, UF’s sustainable building coordinator. Other features include low-flow water fixtures, water-efficient landscaping strategies  — including wastewater going into a treatment facility and being reused for landscaping — low-emission paints and materials, and energy efficient equipment and lighting.

Over 20 percent of construction materials included recycled content and were sourced within the southeast region of U.S. The new HVAC system is predicted to be about 20 percent more efficient than in a traditional building as related to what codes and industry standards ordinarily require.

The four floors of the Learning Commons were designed with an intent of openness and flexibility to support individuals as well as groups of students. This was accomplished through the use of low-maintenance polished concrete floors, comfortable furnishings, and WiFi throughout the building. Additionally, the building has lots of natural lighting from the many windows installed, and user-controlled LED lighting allows for supplementary and energy-efficient lighting when necessary. A unique color scheme and graphics on the walls reinforce various Learning Commons ideas and tell the story of the building’s history, according to Stephany.

“The building feels closer to Google headquarters than a traditional higher-ed library,” said Howie Ferguson, assistant director and senior project manager for the UF Planning Design & Construction Division. “That’s relevant because it replicates the atmosphere and environment many students will encounter when they graduate and go to work.”

To maximize the amount of Learning Commons space within original Newell, a new appended annex was constructed to house building support spaces, such as an elevator, mechanical and electrical rooms, and stairs. The annex also includes a new food service space operated by Aramark as well as the Center for Undergraduate Research, which helps undergraduate students who are interested in research to find such opportunities.

“What makes this project special is the successful marriage of historic preservation, sustainability as well as user needs and desires,” said Stephany. “This is an unusual combination that is not so easily achieved, as these three goals are often in conflict with one another.”

Finally, a very unique part of this project’s story is the direct role UF students played in getting the project funded. Students went to the state legislator in 2012, when talk of renovating the building first began. The students created a letter-writing campaign and took buses to Tallahassee, Fla., to lobby for funding. As a result, state legislature supplied a direct appropriation of $10 million for the project. Bernie Machen, UF president was so impressed with student efforts and resulting success, that he donated another $5 million to the project, making renovation of the new energy-efficient Learning Commons possible.