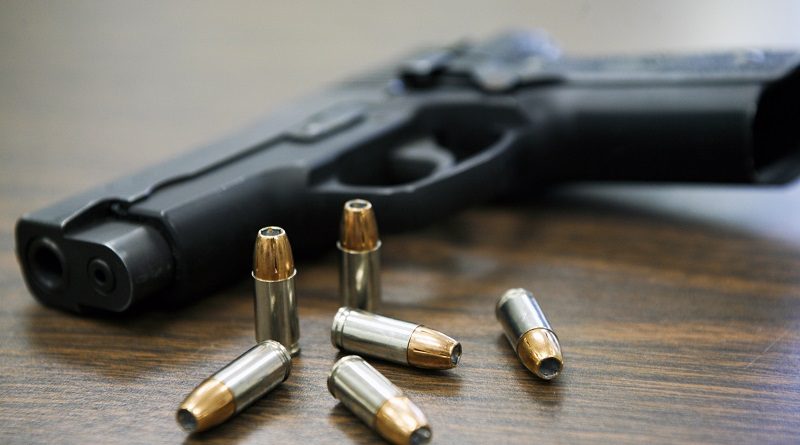 WASHINGTON — On June 5, U.S. Education Secretary Betsy DeVos said the Federal Commission on School Safety, a commission formed last March in response to the Parkland, Fla., school shooting, won’t be looking into the role of guns in schools.

In March 2018, President Donald J. Trump appointed DeVos to lead the Federal Commission on School Safety for swifty providing substantial and proactive recommendations to reform student safety and security at school. These recommendations include a focus on various issues, such as social emotional support, effective school safety infrastructure, discussion on minimum age for firearms purchases and the impact that video games and the media may have on violence. After the launch of the commission, a White House statement announced that they would study and make recommendations on “age restrictions for certain firearm purchases.”

After Democratic Vermont Senator Patrick Leahy asked DeVos whether the commission would study how firearms relate to gun violence in schools, DeVos stated that the commission wouldn’t be leading that charge, and will instead focus on ensuring safety and security at schools. Sen. Leahy also questioned DeVos on whether she believes that an 18-year-old should be able to procure an AR-15 and hundreds of rounds of ammunition, with her answering that the issue was up for debate.

This response caused a stir in the subcommittee, with senators adamantly underlining that the commission was made to explore all aspects of gun violence in schools, and that pre-emptive measures cannot be accomplished without questioning the role of firearms.

Following the meeting, Sen. Patty Murray, a member of the Senate Health, Education, Labor and Pensions Committee, expressed her concerns in a letter to DeVos toward the commission’s “failure to act” and asked whether the NRA had influenced the process on June 11.

Education Department spokeswoman, Liz Hill, came to DeVos defense saying that the NRA is absolutely not involved with the commission, stating that it’s important to recognize that the commission cannot create or amend current gun laws — that only lawmakers are responsible for those changes.

Bob Farrace, a spokesman for the National Association of Secondary School Principals (NASSP) went to Twitter to address DeVos’ statements, calling her testimony “farcical.” However, he stated, he hopes that Secretary DeVos will at least no longer push for more guns in school, referring to Trump’s suggestion of allowing professionally trained teachers to be armed at schools.

The formal meetings include Attorney General Jeff Sessions, Secretary of Health and Human Services Alex Azar and Secretary of Homeland Security Kirstjen Nielsen, as well as subject matter experts. This group of administration officials, DeVos said, is taking their cues from the White House, and remains “focused on making recommendations that the agencies, states and local communities can implement”, as reported by ABCNews.

DeVos promised to release a report from the school safety commission by the end of the year.

Since the beginning of 2018, there have been 23 school shootings, according to the Gun Violence Archive Organization. These shootings included nine incidents that involved no deaths and no gunshot injuries, two suicides and three unintentional discharges of a firearm (although one caused injuries), while five were defined as a mass shooting.