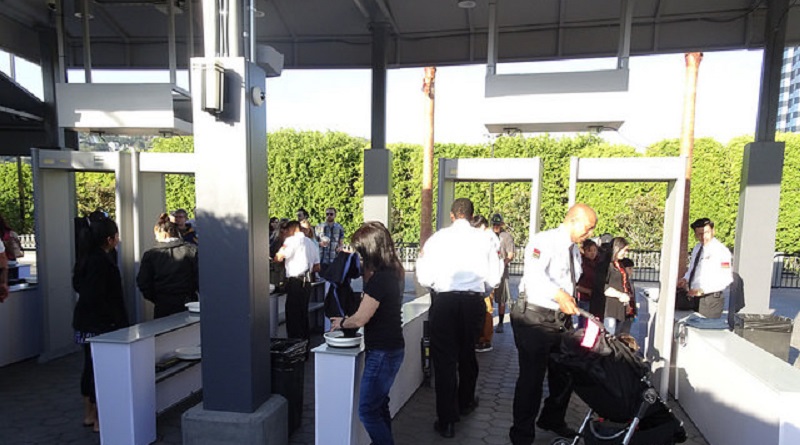 The League of Cities Task force wrote in a June report that it “strongly recommends” that the district consider metal detectors countywide while tackling the challenges of ensuring the fairness and consistency of their use. Photo Credit: Martin Lewison/flickr.com

The district initially sought to require students to wear transparent backpacks to school, an idea which was met with both skepticism and criticism of its overall effectiveness.

Presently, the school has made changes by requiring students to wear identification badges, increasing campus security and reducing the amount of entryways. Now, the campus will be introducing their next safety solution.

The district will no longer be pushing the formerly proposed clear backpacks and will instead be installing metal detectors into MSDH to clear all students upon campus entry.

A district spokeswoman, Jaquelyn Calzadilla stated that Miami-Dade County has “a districtwide random weapons search program that is conducted with metal detector wands and is exploring the feasibility of expanding the program based on school size and student population,” adding that the district is also exploring the possibility of stationary metal detectors.

Metal detectors being used as a security tool is nothing new in schools, with the technology frequently implemented in metropolises. Various school districts, including ones in South Florida, have long rejected this solution, putting their focus on mental health and possible warning signs in students.

MSDG student, Gabriella Figueroa told CBS Miami that she feels a lot safer since no one is going to bring [weapons] when the schools has metal detectors.

The League of Cities Task force wrote in a June report that it “strongly recommends” that the district consider metal detectors countywide while tackling the challenges of ensuring the fairness and consistency of their use.

“The physical deployment of these must be uniform across the district,” the report says, recommending the district study how the detectors are used in other districts with large schools. The report said the district should create methods to check students, while maintaining respect for their privacy and personal belongings.

Drew said the district will not violate student privacy by requiring all students to go through the metal detectors to ensure efficiency and impartiality.

District officials haven’t yet clarified exactly how the metal detectors would work, including whether students will walk through them or be scanned with portable wands. It’s also uncertain whether the district would begin installing them in other schools.