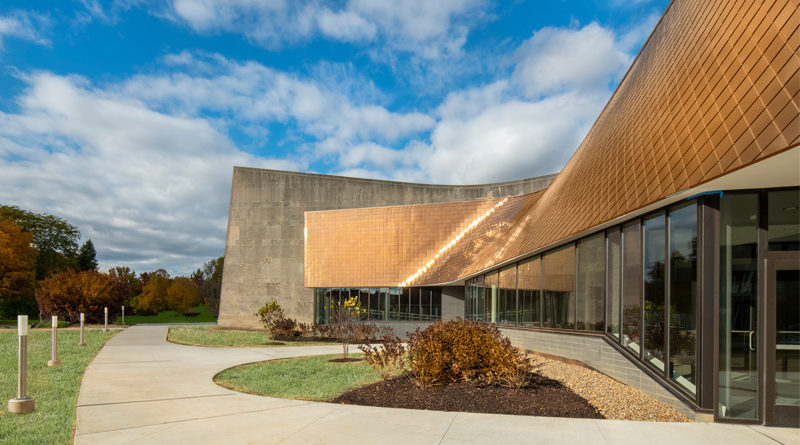 OBERLIN, Ohio — Oberlin College recently celebrated the opening of the Eric Baker Nord Performing Arts Annex, part of a multi-phased design that includes the newly-completed Irene and Alan Wurtzel Theater. Nestled alongside the 1956 Hall Auditorium, this highly adaptable space encompasses nearly 24,000 SF, and serves as a multi-form home for Oberlin’s theater, dance, and opera departments. DLR Group|Westlake Reed Leskosky (WRL) partnered with Marous Brothers Construction to serve as the designer for the design-build delivery of the project.

In addition to the adaptable theater, the Eric Baker NordPerforming Arts Annex also boasts a new lobby and event space, rehearsal space, dressing rooms, and scene and costume shops shared by both stage houses, as well as classrooms, labs, and studios for acting and the arts. The theater completes yet another phase of DLR Group|WRL’s Green Arts District Master Plan for Oberlin; other projects completed by the firm as part of the master plan include the newly LEED Platinum-Certified Birenbaum Innovation and PerformanceCenter, the award-winning Film Studies facility in the original Apollo Theatre, and the renovation study for the Hall Auditorium.

DLR Group|WRL’s new theater design offers a contemporary addition to the original 1956 modern landmark. Addressing the auditorium’s current limitations in size and accessibility, our design brings the complex up to contemporary standards while maintaining the modernist structure and establishing continuity between new and old venues.

Central to the theater is its adaptable design, which provides new performance opportunities for faculty and students by expanding the types of productions the college’s theater, dance, and opera departments can offer. Before the Performing Arts Annex, the college’s theater and dance departments would have to host their 15-18 yearly performances in either the 550-seat HallAuditorium or the Little Theatre, which has an 80-seat audience capacity.

The theater addition to the Eric Baker Nord Performing Arts Annex offers the campus and the greater Northeast Ohio area with a flexible, medium-sized venue where performers can experiment with new types of productions and students can explore modern curriculum. Thanks to its adaptable design, seating in the multi-form theater can be reconfigured to around the stage rather than directly in front of it, shifting the dynamic, approach, and sightlines between the audience and the performers.