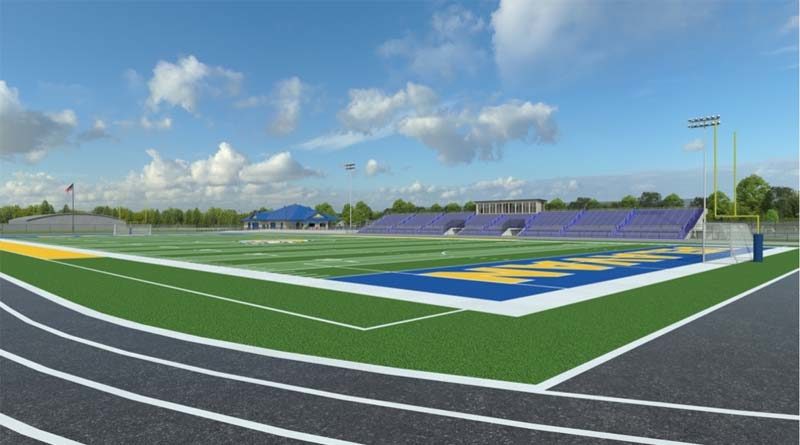 The 8,000-square-foot athletic complex broke ground this summer. When finished it will feature a synthetic turf, multi-use football and soccer field, running track, team and storage rooms, as well as redesigned tennis courts. Portions of the original construction, including the bleacher areas, are being preserved but with entirely new bleacher seating to be installed.

The athletic complex project was far from certain, and the Delavan-Darien School District had to convince the public that the new facility was indeed worth the investment. Accordingly, Scherrer Construction worked with the district to campaign for a referendum to appropriate construction funds; the referendum ultimately passed last November.

The new athletic complex will be WIAA-compliant and allow for the Delavan-Darien district to host athletic competitions with neighboring school districts in its state-of-the-art facilities.

Scherrer Construction has been involved in Wisconsin building since the firm was founded in 1928. The company has also worked on projects at Gateway Technical College, Northcentral Technical College, Aurora University, the Marathon School District and various other educational clients. Scherrer maintains offices in Wausau and Burlington.