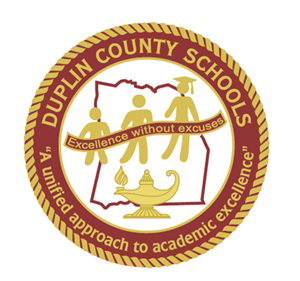 WALLACE, N.C. — As school shootings become increasingly prevalent, districts across the nation are preparing for a day they hope never comes. One such system, Duplin County Schools in rural North Carolina, has instituted a comprehensive pilot security program that could become a model for schools everywhere.

Though Duplin County Schools have yet to face any threat to its 8,700 students, Sandy Hook and other school shootings have rattled administrators across the 16-school district. “Our thought had been that elementary schools were off limits to armed gunman,” said Chuck Farrior, board of education chairman for Duplin County Schools, in a statement. “Sandy Hook triggered an alarm and got us thinking about providing better security for our students. Now we have what we think is a good, safe and repeatable model for our district and others.”

As the majority of security breaches take place at a school’s main entrance, the PVF team focused its attention on this critical point of entry. Now, visitors must first push a video intercom button and introduce themselves to a receptionist located behind a locked door. Only with the cooperation of this receptionist, who unlocks the door remotely, can a visitor enter the building. Additionally, these glass doors are protected by security screens, and cannot be penetrated by a would-be intruder.

Once inside the facility, all visitors must present a government-issued photo ID. The schools uses this ID to run a check of both state and federal databases, looking especially for sex offenders, fired employees and expelled students. Should a visitor pass this second security layer, they are then given a temporary badge to wear throughout their visit, and a second interior door is opened, allowing them to access the campus.

However, even then visitors do not have their run of the building. Teachers now have the ability to keep doors locked from the inside while classes are in session, and video monitors can easily track a visitor’s movements through the facility. Should any incident occur, the school is also outfitted with several panic buttons that are directly linked to local police, and a full time security resource officer is always on site for immediate response. According to Fiel, the goal is to delay and impede a potential shooter as much as possible.

In a release, Farrior commented that although students will likely never notice the changes, they offer Wallace parents, faculty and staff an added sense of ease. “Throughout this process, the board members and administration have been behind this effort 100 percent,” he said. “Security for our students, faculty, staff and visitors is a top propriety for us all.”

Farrior also believes that, despite the costs, Wallace’s system can easily be duplicated. “All schools can follow the Wallace Elementary school plan,” he said. “These solutions have been proven in real-life situations and are not prohibitively expensive. It’s time for all campus stakeholders to make security an ongoing process and give it a priority along with academics.”

Duplin County school officials will decide in early 2014 whether or not to extend the program and improvements to the remaining 15 district schools.