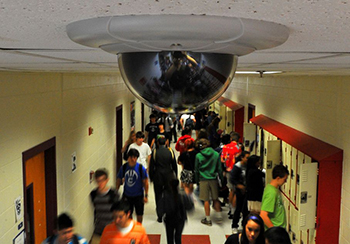 WASHINGTON — The Indicators of School Crime and Safety for 2013 was released in June, highlighting a number of safety and security issues at the nation’s schools. The report is the result of a long-standing collaboration between researchers from the American Institutes for Research, National Center for Education Statistics and Bureau of Justice Statistics, and is intended to serve as a reference for developing effective programs and policies aimed at violence and school crime prevention.

The report is the 16th of its kind to be issued, and provides the most recent national indicators on school crime and safety. Data was drawn from national surveys of students, teachers, principals and post secondary institutions, covering topics such as victimization, teacher injury, bullying, school conditions, fights, weapons, availability and use of drugs and alcohol, student perceptions of personal safety, and criminal incidents at postsecondary institutions.

Teachers were also not immune from abusive and threatening behavior. Public teachers reported being threatened with injury or being physically attacked by a student more often than private school educators during the 2011-2012 school year. Elementary teachers were also slightly more likely to experience abuse or threats, with 10 percent reporting such incidents as opposed to 9 percent of secondary teachers.

Crime was experienced almost universally in schools during the 2009-2010 school year, as 85 percent of public schools recorded that one or more crime incidents had taken place, amounting  to an estimated 1.9 million crimes. According to the study, this translates  to a rate of 40 crimes per 1,000 public school students enrolled in 2009–10. During the same  year, 60 percent of public schools reported a crime incident that occurred at school to the police, amounting to 689,000 crimes.

However, between 1993 and 2011, the percentage of students in grades 9–12 who reported carrying a weapon on school property declined, from 12 percent to 5 percent. Students carrying weapons were almost four times as likely to be male.
Declining crime in some areas could be attributed to the fact that 88 percent of public schools reported controlling access to school buildings through locking or monitoring in 2011-2012, and 64 percent reported using security cameras. During the previous year, 43 percent of public schools also reported the presence of one or more security staff at their school at least once a week during the school year, and 29 percent reported having at least one full-time employed security staff member present at least once a week. Twenty-eight percent of all schools reported the presence of security staff routinely carrying a firearm at school
Other security measures included a student code of conduct, required visitor sign in, staff supervision, security electronics, and metal detectors.
The entire report is available at: http://nces.ed.gov/programs/crimeindicators/ crimeindicators2013/