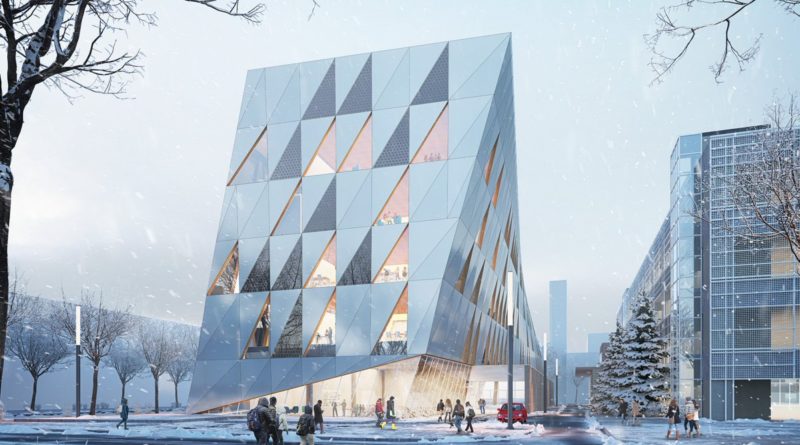 TORONTO — There was a time when any permutation of the words “continuation” and “school” parsed out to “Continuation School,” you know, where the bad kids went and pretended to finish their secondary educations before dropping out. Prior to that, there was the notion of “continuing education,” which, believe it or not, was coined as early as the 1870s at Cornell University as a means of keeping teachers up on the latest educational trends (like, perhaps given the era, corporeal punishment). The School of Continuing Studies at York University’s Keele campus in Toronto fortunately has nothing to do with any of the above.

The design of the new facility has been assigned to Perkins+Will, a global firm boasting a staff of 1,500 in 24 locations worldwide, over such notable candidates as HOK and Gow Hastings Architects, according to art industry magazine Blouin ArtInfo. Several interesting ideas are on the proverbial drawing board, including the possible use of timber to create the facility’s main structure. Likewise, the building’s facade, the design of which suggests something that might have leaked from a kaleidoscope, will be comprised of angular photovoltaic panels. Glazed openings will help facilitate the presence of natural light throughout the building and a heat recovery ventilation system will help the project toward its LEED Gold certification goal. This includes the ambition to also be net zero on energy as well as net zero on carbon.

As ReNew Canada, an infrastructure industry publication observed, “The design balances the needs of the school itself, the larger campus and the planet, setting a new standard for sustainability, design excellence, and student experience on Canadian campuses.”

As admirable as its green themes are, the project also endeavors to capture more than natural energy — it wants to capture the hearts of its student body and foment a genuine sense of community. “A primary objective for York University and the Perkins+Will team was the creation of a sense of home and belonging for the School of Continuing Studies,” explained a statement on the firm’s website, which announced the win.

Throughout, the Perkins+Will design is meant to engender a sense of on-campus community. The use of daylight, transparent design motifs and spaces that interconnect between floors are intended to spur student interaction and serve as a place for events that support the development of the school’s culture and community.

“This building is critical to expand the pathways that support international students and new Canadians as well as innovative continuing education to support young professionals in meeting the demands of tomorrow’s workplaces,” said York University Assistant Vice President Tracey Taylor-O’Reilly in a statement.

The School of Continuing Studies was established in 2015 in an effort to combine continuing professional education programs with English language support. Three years later, it is one of the largest schools of its kind in Canada.

“The creation of a new, stand-alone home for our School of Continuing Studies is another important step forward in improving access to post-secondary education at York. This new building will enable us to create even more lifelong learning opportunities, build connections with local and international communities, and help students of all ages and backgrounds to achieve their fullest potential,” said Rhonda Lenton, York University president and vice chancellor, in a statement.