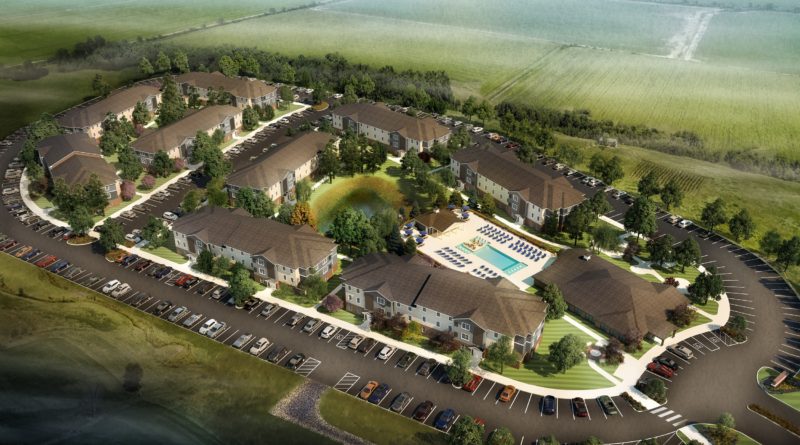 SUIE is a coeducational, public master’s college and university in Edwardsville, located about 20 miles northeast of St. Louis. After spending its first 40 years as a commuter campus, SIUE introduced its first on-campus student housing in 1997. Due to increased growth of its student population, the school began developing off-campus student housing with two facilities already online.

Dubbed The Reserve, the complex is being developed by Cleveland-based Richland Residential and will be comprised of nine buildings hosting two-bedroom, three-bedroom and four-bedroom units. The new complex will be located on a 15-acre site at the New Poag Road entry to the campus.

The project has not been without its critics — last year, the complex faced opposition when an SIUE biology professor inaugurated a petition that argued the student house project was situated too close to Bohm Woods Nature Preserve. The designated hunting area consists of 90 acres, and the majority of the parcel is composed of “upland woodland with several small grassland parcels interspersed on the east and west sides of the property,” according to the preserve’s website. Prof. Richard Essner argued that The Reserve could threaten wildlife in the preserve, notably the forest interior songbirds.

“Many of them are threatened and endangered. They’re very sensitive to forest fragmentation and development,” Essner told CBS St. Louis last year. “When you have housing developments close to forests like this, these really sensitive forest interior species just don’t nest there. They leave and go elsewhere.”

Locally based general contractor Contegra Construction Co. broke ground on the $20 million project in November 2017. The complex will be comprised of wood-frame construction and clad with brick and siding. Individual apartment units will feature full kitchens, washers and dryers, and living spaces. The development will also feature a clubhouse with a number of amenities, including a workout room, study area and a lounge/gaming room as well as leasing offices. Students will also be able to enjoy a pool and make use of a separate bathhouse.

Founded in 2003 by Eric Gowin, Contegra is one of the area’s largest general contractors and serves a national customer base that includes industrial, institutional, municipal, multi-family, office and retail projects.