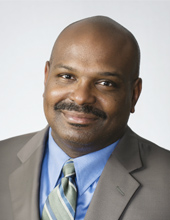 D. Stephenson Construction Inc., the largest African American-owned general contracting firm in Florida, announced the appointment of Joseph Sanches as the company’s new president. Sanches has been with the firm for almost three years, previously serving as executive vice president. Prior to joining the company, Sanches was chief of support operations for the Palm Beach County School District, where he oversaw more than $2 billion in capital improvements. He is also credited with leading Palm Beach County School District’s focus on sustainable design and construction, which helped earn him a place on the National Board of Directors for the U.S. Green Building Council. Sanches also sits on several other boards, including the Kravis Center for the Performing Arts and Pine Jog Environmental Education Center. He earned a bachelor’s degree in construction management from Pratt Institute and a master’s degree in business administration from Baruch College. He is a LEED Accredited Professional as well as a certified general contractor in the state of Florida.