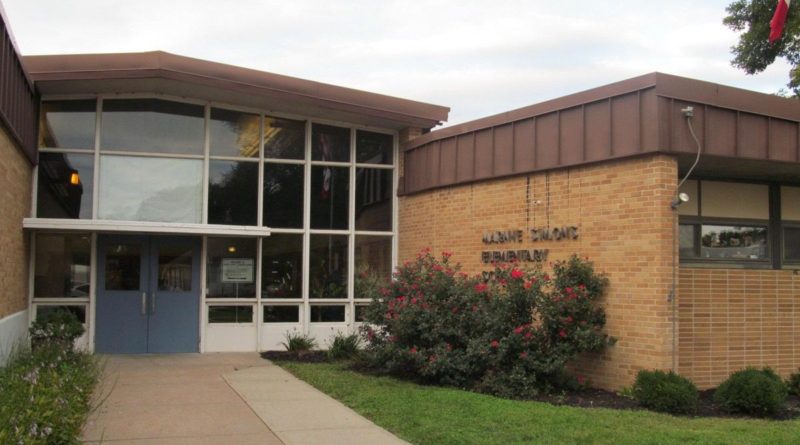 One of the key portions of the project is the 21st Century Discovery Center, which would provide what school officials are calling a “markerspace” for student projects. Photo Credit: Hamburg School District

HAMBURG, Iowa — Construction and upgrades to Hamburg’s Marnie Simons Elementary School will proceed despite recent weather issues, while a major portion of the project is slated for completion in the summer with the help of ConStruct Inc. of Omaha, Neb.

One of the key portions of the project is the 21st Century Discovery Center, which would provide what school officials are calling a “markerspace” for student projects. Another portion of the project involves a new consumer science room, which has been reported as being completed.

Hamburg School Superintendent Dr. Mike Wells appeared in an interview on June 18 with a local morning news program to announce updates on the school. Wells stated that workers have faced heavy precipitation over the past few weeks, including torrential rain from a severe storm on June 11. Although the rain has slowed down the pouring of cement, construction on the project will not be delayed. Wells said that they’re currently preparing to pour the floors and have already conducted compact tests on the soil. The team has also begun working on removing asbestos tiles from the classrooms as well as putting in new carpet.

Wells said that Aug. 1 is the deadline for contractors to finish that portion of the project as well as the renovation of the building’s science rooms, giving the school three weeks before the new academic year to install equipment and properly train staff on said equipment. If construction is not completed by then, there will be a penalty every day after the exceeded date.

Hamburg’s School Board recently approved features of another part of Marnie Simons’ expansion and renovation with a new safe and secure entryway, according to KMA Land. The superintendent said that new security-camera and door-scanning systems are necessary since the recent rise of school shootings across the country. However, one setback from the lone bid for the safe and secure entryway portion of the project came in over budget. As a result, Wells said the district is going back to the square one on a bid letting.

Once construction is completed, Wells has recommended that the discovery center should be named in honor of longtime Hamburg physician Dr. Fred Ashler, a person who has been seen as a backbone of the school district and the community altogether.