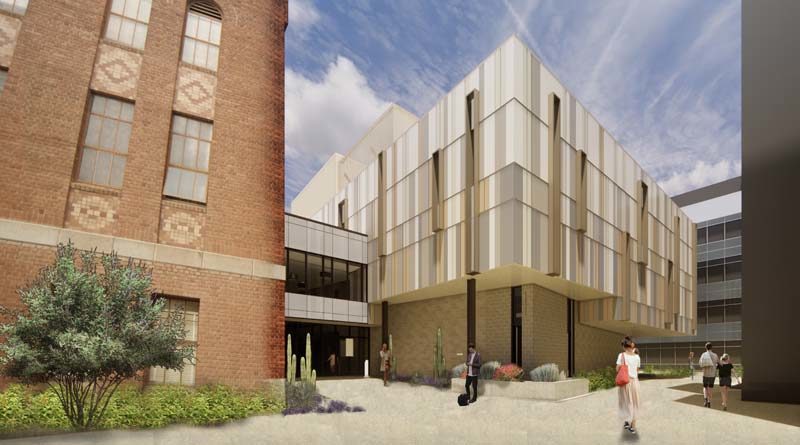 TUCSON, Ariz.—General contractor Sundt Construction Inc., which has offices in Phoenix and Tucson, is performing more renovations for its longtime client, the University of Arizona. For its 59th overall project at the campus in Tucson, Sundt will provide renovations for the U of A’s Chemistry-Physics building. The facility, affectionately known as the Old Chemistry Building, was first constructed in 1936 and is part of the campus’s 18-building historic district, which is listed on the National Register of Historic Places.

The Old Chemistry building is being envisioned as a 21st century learning node, such that interaction and development will be emphasized and students will be able to acquire the workplace skills they will need to succeed in a competitive and technologically rich environment.

It will bring Sundt’s work at the university’s science building essentially full-circle as it was one of the five buildings the general contractor first constructed at the University of Arizona in the late 1930s as part of a program funded by the Works Progress Administration. Four of those buildings—Old Chemistry, the Nugent Building, the Sonnett Space Science Building and Centennial Hall—are still being used today.

The Old Chemistry building was designed during the Great Depression by Tucson-based architect Roy Place. Its original design was a two-story brick structure featuring two main entrances. The building has had several renovations over the ensuing decades, including adding both the north and south wings, which were fashioned in 1948.

The current design-build aims to renovate 55,000 square feet of the Old Chemistry building to update its facilities. In addition, a three-story, 23,000-square-foot building will connect to the building’s south side. This addition will feature classrooms and administrative office space, as well as be the new home for the nuclear magnetic resonance technology and machine shop.

Renovations include bringing the building up to necessary code, extending its future lifespan and attending to maintenance issues that were long deferred.

Sundt is working on the $42 million project in concert with Shepley Bulfinch, who is serving as the architect on record, and Poster Frost Mirto, a historical preservation consultant.

“We are excited to return to a building that we constructed in the late 1930s,” Dave Ollanik, project director for Sundt, said in a recent statement. “Just as important as it was back then, today being able to provide students with a vibrant hub for learning and collaboration is critical.”

Sundt began its work in May, and the renovation of the Old Chemistry building is projected to be completed by the end of 2022.

Sundt, which opened shop in Tucson in 1929, has worked on other buildings at the University of Arizona including the McKale Center, Centennial Hall and skyboxes for the college’s stadium complex. Sundt recently renovated Old Main, the campus’s initial building, and they are also working on renovating the core district of the campus.