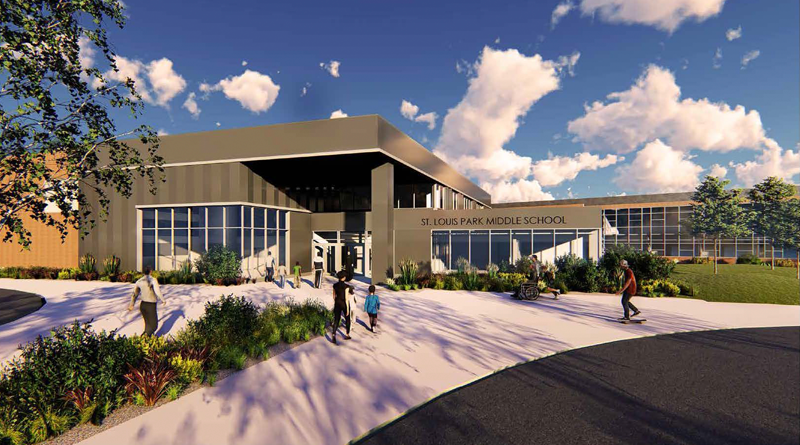 ST. LOUIS PARK, Minn.—Real estate development and construction firm Kraus-Anderson of Minneapolis has completed its renovation and addition work at the St. Louis Park Middle School, which is located in the Twin Cities’ western suburbs.

St. Louis Park Middle School’s upgrade entailed adding 46,243 square feet as well as renovating 44,732 square feet over two stories of educational space. New amenities include an auditorium and classrooms outfitted with the latest educational tools. Additionally, a new cafeteria was installed and the kitchen renovated to accommodate the increased number of student diners that can be handled at one time. The school’s media center was also remodeled.

New student gathering spaces were added as well, and the contractor also constructed a second-floor hallway to link the west and eastern hallways that were already in use.

The reimagined spaces were designed by the Minneapolis office of Cuningham Group Architecture.

Kraus-Anderson’s work on St. Louis Park Middle School is just one part of its recent “Summer Spring” program, meant to get as much educational space renovated before the punishing winter temperatures set in.

Kraus-Anderson, was founded in 1897; in the last half-decade alone, the company has fashioned $1 billion in educational projects.