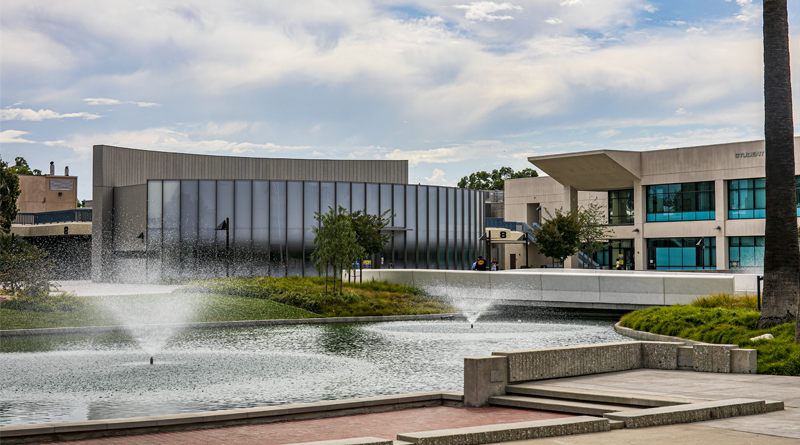 Expansion at the VRC added 12,000 square feet to the existing building. The new construction entails areas specifically dedicated to student veterans’ services. Furthermore, additions included an outdoor plaza, veterans memorial bridge as well as a “tribute garden.” Inside the same building, the former student activities center was retrofitted to make it more usable for modern instruction.

In a recent announcement from Sundt regarding the completion of the Veteran Resource Center and the SEM building, Jim Householder, Sundt project executive for Sundt’s California District Building Group, said that his firm was pleased to be handing over the completed work to Cypress College.

“It gives us great pride to work on such meaningful projects that will assist in our community’s prosperity,” he said.

LPA, Inc. was the architect on the project.

Householder said in a subsequent statement to School Construction News that one of the major challenges of the work was accomplishing the construction in the middle of an active college campus.

“Our team did a good job of providing students with safe access, with their ‘swing-gate’ system [and] with wayfinding signage allowing for a clear, quick, safe passageway,” Householder said.

Employee-owned Sundt Construction, Inc. has been in operation for over 130 years, working in such sectors as transportation and energy. In addition to its California offices in Orange County, San Diego and Sacramento, the firm has locations in Arizona, North Carolina, Oregon, Texas and Utah. The general contractor has been ranked as the country’s 58th largest construction company by ENR.

Sundt has more than 200 higher education projects in California alone to its credit. Its other work in the Golden State includes work at the University of California, Davis Graduate School of Management and at the Tahoe Truckee Unified School District, both in Northern California.

Sundt will next work at Cypress College on a campaign to update the campus’s fine arts building.