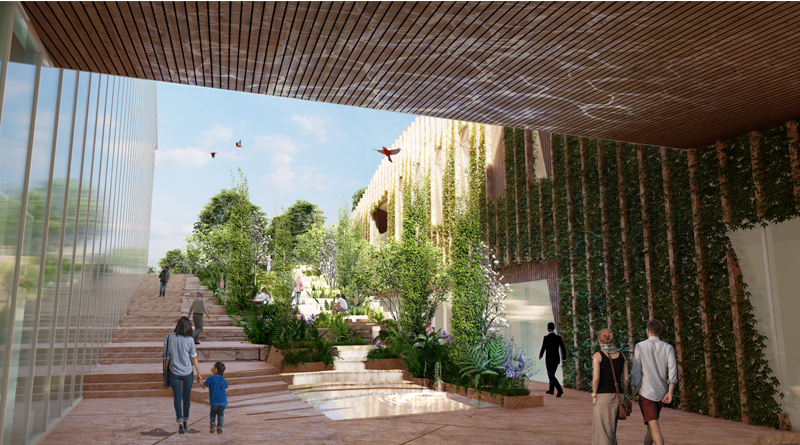 BENTONVILLE, Ark.—Walmart heiress Alice L. Walton is putting her significant philanthropic muscles behind a new medical school, which will bear its dreamer’s name when completed in a few years.

The state-of-the-art Alice L. Walton School of Medicine, formerly known as the Whole Health School of Medicine, was first announced in 2021 by Walton herself.  It will offer a four-year medical degree that incorporates both traditional and holistic medical practices into its curricula.  The school will be set up to treat physical as well as mental health afflictions, while also focusing on the overall spiritual health of the patient.  The school will sit near the Crystal Bridges Museum of American Art, which was also funded by Walton’s generosity—and which remains free to the public.

Arkansas-based designer Polk Stanley Wilcox has been hired as the lead architect on the facility, which was envisioned as an extension of the woodlands surrounding the Crystal Bridges Museum—which encompasses just one portion of Bentonville’s extensive urban biking network.  Accordingly, the bike and walking trails will be incorporated into the campus of the medical school, allowing for even more non-vehicular urban transport options.

Design elements incorporated by Polk Stanley Wilcox include having the edifice’s front corner elevated such that it effectively creates a protective canopy for pedestrians under this “bluff shelter.”  The building’s extending ridges provide shade.  The medical school will also feature a rooftop urban park designed by the New York-based design studio OSD.

The exterior grounds will feature a meditation garden, extensive lawns, outdoor classrooms, an amphitheater, cafeteria and even a special space set aside for farming.

Columbus, Kansas-based Crossland, which operates two branch offices in Arkansas, will serve as general contractor for the medical school, which is anticipated to commence physical build-out next spring.  The school is anticipated to open for students in the fall of 2025, once the program has been accredited.

“The design integrates the building into both the site and the community, engaging the land as an abstraction of Ozark geology that embraces the principles of integrated medicine,” Wesley Walls, principal of Polk Stanley Wilcox, said in a recent statement, adding that the school will apply a holistic approach “between mental, physical, and spiritual well-being.”

Added Alice Walton, the school’s namesake: “The School of Medicine is poised to be an inspiring learning environment that supports well-being, emphasizes innovation, and equips future physicians to be agents of change.”

“We are excited to help pave the way for the next generation of holistic physicians and health professionals,” Walton said.  “This unique, site-responsive building will welcome students, staff, and visitors alike to explore this beautiful campus, serving a broader vision of enhancing quality of life in our region and beyond.”