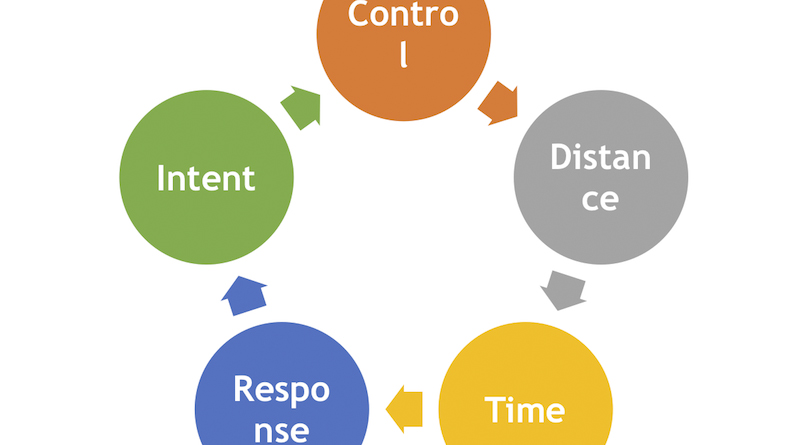 Security is a big issue in the United States, and yet, most people experience a sense of either anxiety or annoyance at having to actually deal with it. This causes us to avoid security issues and do just enough to comply with regulations.

However, security is not about checking boxes on some regulatory list. In fact, we would be better off if we changed our perspective to see “security” as a greater concept of strength and resilience, as a journey and not a destination.

Here are five security principles that should guide any school security program. They are adapted from the Israeli security model and are all inter-connected and interdependent.

In order to have security within a school environment, officials must control that environment. This means knowing who enters and who exits, and the ability to deny someone entrance or to remove someone who causes a problem.

Most schools, at a minimum, have a sign-in process for guests. However, very few schools have set up a system to alert them when someone has left. If an individual has entered the school, officials should become suspicious if they hang around longer than is natural. It does not mean they are up to something bad; it just means officials may want to check them out. The best way to make sure someone checks out is to take some form of collateral upon entrance. For example, one forward thinking school takes the visitor’s car keys upon signing in.

It is far more advantageous to understand an individual’s intent than to know what he or she is carrying. By learning to read intent, school officials will gain time in emergency situations and maintain environmental control.

The best way to learn to read the intent of individuals is to provide staff and faculty with training in recognizing suspicious behavior and tactical communication. These skills allow schools to develop an invisible force field within the community because the whole staff will have a sense of when something is amiss — and tools for how to deal with it.

Schools that can keep a threat at a distance have more time to respond and protect their communities. Many schools are reluctant to consider installing a fence, but a fence is simply a physically designated boundary. A fence will never keep a determined intruder out, but it does offer the ability to tell someone’s intent at a greater distance. If I climb your fence, you know I am up to no good.

During critical situations, time is life. The No. 1 way to save lives during emergencies such as active-shooter events is to shorten response times and delay the attacker.

One of best and most overlooked security tools is 3M security window film for glass. This item functions to maintain the integrity of the window, even if the glass breaks. This means that even if someone breaks the glass, it stays in place and becomes a kind of screen that is very difficult to breach, even if an attacker is equipped with a sledge hammer or baseball bat.

If a school building has good doors and locks, the next place a person with bad intent will try to gain entrance is through windows. This is how the shooter at Sandy Hook Elementary entered that school. When he could not open the door, he simply shot out the window next to the door and walked in. If the school had had security window film, the shooter most likely would have never gotten into the school and we would be telling a very different story today.

Response to an emergency event comes in two forms:

Defensive – Get the school community away from the threat and/or prevent the threat from getting to them.

Offensive – Moves made toward the threat to stop it.

The more a security program is built to provide advantages within the above five categories, the more it will serve to actually secure the community. There is no end to fancy, expensive equipment, but schools that operate according to the above security principles can avoid buying unnecessary items, minimize costs and maximize benefits. After all, security should be about enhancing life.