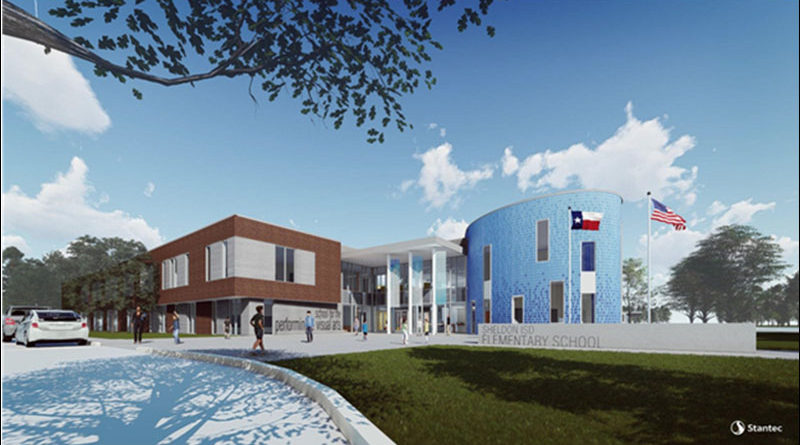 The new Performing and Visual Arts School was financed as part of a $285 million bond program. Photo Credit: Stantec

Sheldon ISD is considered one of the fastest-growing districts in Texas. According to a June 2014 demographic study, district enrollment was projected to be around 8,300 by 2015. The district, which grew by seven percent in 2015, exceeded that projection with more than 8,500 students enrolling. By 2025, the projected student enrollment is expected to surpass 15,000.

Located southwest of Beltway 8 and Garrett Road, this new two-story PVA school, designed by Stantec, is located on a shared site near the new high school and football stadium. At the heart of the design, and integral to the building, are the PVA instructional spaces. The approximately 88,000-square-foot-facility includes a blackbox theater that converts from classroom to performance space, an art studio, music studio, dance studio and design studio. Each of these spaces are designed in a way that celebrates the unique activities that will take place inside.

Other elements of the bond program include a new 10,000-seat football stadium, new track, baseball and softball fields, and tennis courts. The bond program also includes additions and renovations to existing middle schools as well as district-wide energy management upgrades.

The new PVA school, which will be constructed by Durotech, will be completed in time for the start of the 2019 fall semester.