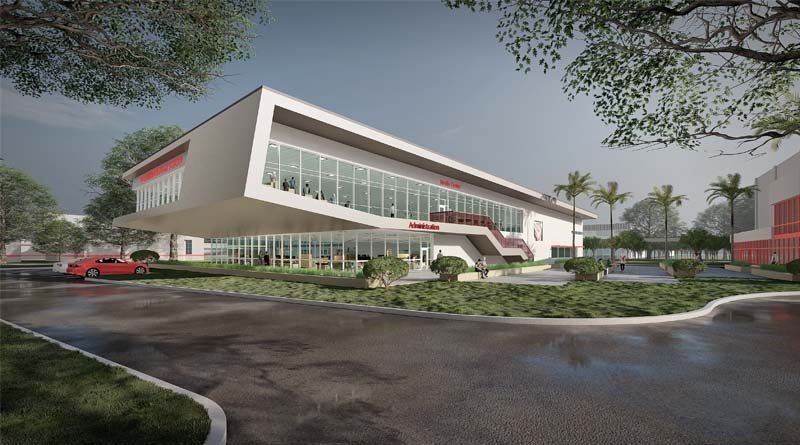 The ambitious modernization project is aiming to wrap in the fall of 2023. Photo Credit: Hepner Architects of Tampa, Florida

CLEARWATER, Fla.—General contracting firm JE Dunn recently commenced work on a $48.5 million modernization project of Clearwater High School for Florida’s Pinellas County Schools. Clearwater High School was built in the 1950s, and thus many of its oldest buildings are deemed unsuitable for use as 21st century classrooms. The project work entails demolishing 17 buildings that already exist at the jobsite, as well as constructing seven new buildings from scratch and renovating five others.

Those new buildings will house learning suites, science labs, a media center, an administration suite with multi-use collaborative space, as well as a central energy plant and cafeteria. Additionally, two-story classroom buildings will be constructed.

Renovation and remodeling of multiple structures will be undertaken, such as at the campus’s ROTC and digital media production laboratory. Other restoration and modernization work at other buildings entails painting exterior surfaces and installing new HVAC components and flooring for the gymnasium building’s lobby. Furthermore, certain of the existing classrooms will be converted for use as a new Family and Consumer Science room.

A brand-new entrance to Clearwater’s football stadium will be constructed and new synthetic turf laid down for the athletic area’s track and field.

Beautification efforts will be made to the area of the campus area that stands directly adjacent to Gulf to Bay Boulevard, which is a major thoroughfare of the surrounding community, and thus provide a welcoming visual for visitors.

JE Dunn personnel at the firm’s Tampa office are working at Clearwater in conjunction with architect of record Hepner Architects, which is based in Tampa.

In a statement to SCN, Jake Nellis, JE Dunn’s vice president, was enthusiastic about his firm’s work at Clearwater.

“We’re excited to be part of this significant renovation that will have a tremendous impact on the community,” Nellis said. “The new facade will in fact be remarkable, and will be a landmark in the [Tampa] Bay Area.”

Work at Clearwater High School is currently scheduled to be unveiled in the fall of 2023.

JE Dunn was founded in 1924 and provides construction management services through its 23 offices around the country. The contractor has undertaken construction and renovation jobs in Florida since 1989, and the firm re-established its Tampa office in 2015. The company has done extensive work previously with Pinellas County Schools: In 2018, JE Dunn worked with the school district to retrofit a career and technical education center into a technical high school for the district, which is now called the Pinellas Technical High School at Seminole.