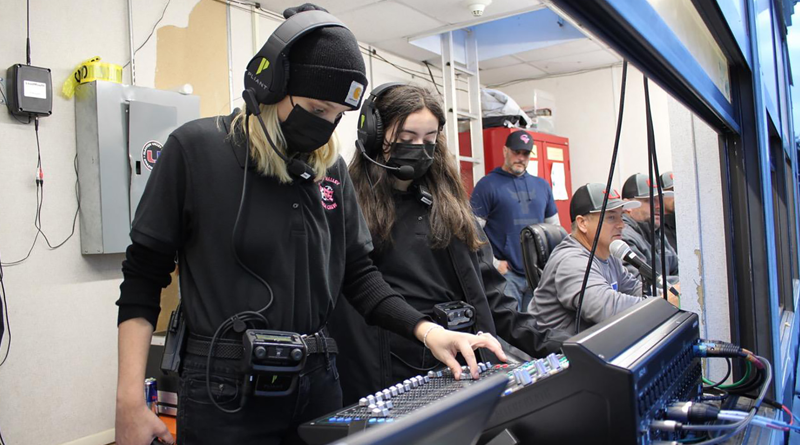 When Sunny Shergill was named technical theatre director at Clayton Valley Charter High School (CVCHS), he returned to his alma mater determined to give students the best training possible at the high school level. With an aging wireless intercom system that was struggling to make the grade, Shergill convinced school officials to purchase a CrewCom wireless intercom system from Pliant Technologies.

“Ultimately, what sold us was the CrewCom system’s frequency band. CrewCom runs in the 900MHz frequency and being in a high school, our IT department appreciated the fact that we weren’t adding more 2.4GHz antennas all over the place,” said Shergill. “The number of packs that we could get on a single Radio Transceiver [RT] and how incredibly easy the RTs are to deploy also played a vital role in choosing CrewCom.”

CVCHS purchased one CrewCom Control Unit (CU) that is centrally located on campus, six Radio Transceivers that are located throughout the campus via Cat 6 and fiber, 12 Radio Packs along with Pliant headsets. The CrewCom system is quite busy at CVCHS. In addition to the schools’ five theatrical productions each year, the system is also used at the stadium for football games, in the gymnasium, pep rallies, the outdoor amphitheater and several one-off events including variety shows and student leadership clubs.

In addition to its regular use on campus, Shergill has also found another potentially very important use. According to Shergill, “The CrewCom system is in our emergency plan as a back-up communication device for the campus. Because the CrewCom system is deployed campus wide, we added it on to our emergency preparedness plan just in case our existing radio system goes down and we still need to communicate with our campus security or administration. We are finding new uses for it as we go.”