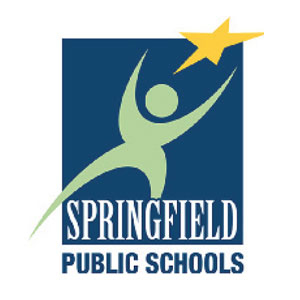 SPRINGFIELD, Mo. — When it opens in the fall of 2015, Springfield’s Sherwood Elementary will likely set the standard for new school construction in the city. Designed in a flexible and energy-efficient manner, the school will also be the first in the district to house a local chapter of the Boys & Girls Club.

Springfield voters approved a nearly $72 million bond issue in April 2013 that will fund the new $18 million Sherwood Elementary, as well as additions and improvements at four other schools. In late December, the school board also approved revised guidelines for all new school construction. Under these directives, future classrooms, gymnasiums and other educational spaces will be larger, allowing for greater flexibility and a steadily increasing enrollment.

Students attending Sherwood and other future district schools will soon enjoy 1,100-square-foot classrooms, up from 900 square feet. Art classroom sizes will also increase from 1,100 square feet to 1,300 square feet, while science classroom sizes have increased by 250 square feet. The board also required that auditoriums now be built to seat up to 70 percent of the study body, as opposed to the current half. Additionally, all new schools will be built with separate cafeteria, gymnasium and multi-purpose spaces. Further revisions require the district to consult safety research when determining the number of entrances and exterior doors at each school.

Despite this slew of changes, the district’s Director of Business Operations, Scott Wendt, has stressed that these new guidelines are “a living document.” Board member Andy Hosmer added, “We always need to be cognizant of the fact that how kids learn and where they learn and what that space looks like can be accomplished in a lot of different, innovative ways.”

In keeping with its commitment to improve sustainability, the district has also approved several energy-efficient upgrades for Sherwood Elementary, which is currently still in the design phase. The board has already agreed to integrate a geothermal heating and cooling system, and also plans to reduce both lighting and power usage. Combined, these efforts are expected to substantially decrease the school’s Energy Use Intensity (EUI). Though district officials have also discussed net zero possibilities, it appears that the school will integrate some energy-saving technologies during construction, and may add further renewable sources in the future. 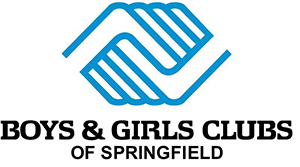 An innovative partnership with the Boys & Girls Club of Springfield will also set Sherwood Elementary apart. Under this partnership, the school will add an adjoining 5,500-square-foot club space to the physical structure. The club will contribute $1.2 million toward construction costs, as well as monthly usage fee of $1,975. Though other schools and clubs across the nation have formed similar partnerships, this is the first of its kind locally. According to a statement published by the Boys & Girls Club, the agreement allows the club to also utilize the school’s library, computer labs, athletic fields, cafeteria and several classrooms. According to Pat Gartland, executive director of the Springfield Boys & Girls club, the arrangement will allow the organization to serve an additional 500 students.

The district has contracted with Sapp Design Associates of Springfield for architectural and engineering work for Sherwood Elementary. Construction of both the school and adjoining Boys & Girls Club space is set to begin this spring.