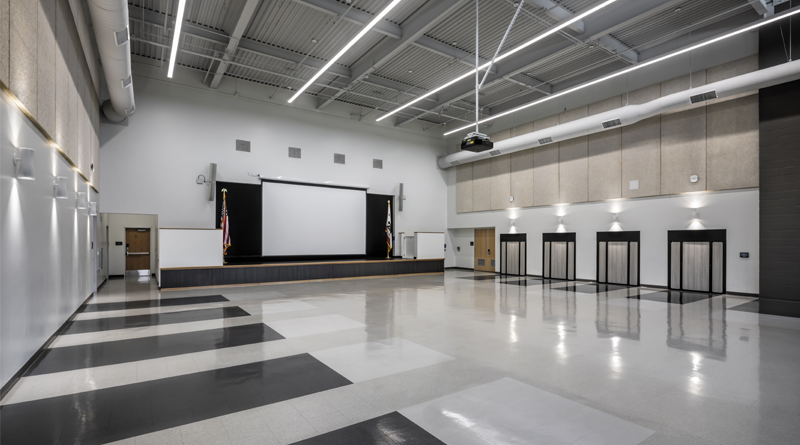 GRANADA HILLS, Calif.—Granada Hills Charter has increased its educational space by 90,000 square feet thanks to a grand renovation and addition by California general contractor C.W. Driver Companies. The $41 million addition—practically an entirely new campus—raises the number of students who can be educated at the school from 4,700 to 6,000.

C.W. Driver’s work at the site entailed tearing down nine older school buildings, and, before the new school works could be completed, installing temporary classrooms prior to the construction of three new educational buildings.

Among the new spaces are administrative offices, cafeteria/auditorium space and media instruction area. For the elementary and middle-school students, 48 new classrooms in the new three-story building will be ready for them. The third new building will feature a modern kitchen and locker rooms.

C.W. Driver Companies partnered with architect PBK-WLC Architects, Inc. on the redesign and expansion of Granada Hills Charter, which is located approximately 28 miles from downtown Los Angeles in the San Fernando Valley.

Granada Hills Charter first opened for students in 1960 and became an independent charter school in 2003. In 2014 the school purchased the expansion site in neighboring Northridge.

Added Brian Bauer, executive director at Granada Hills Charter: “With the expertise of C.W. Driver Companies, we are now able to broaden our comprehensive academic, arts, athletics and social programming to reach over 27% more students in grades TK-8 by 2023.

“This 21st-century facility provides an enhanced student-centric experience that will prepare our students for a future they envision and own.”